by Death To Ponies 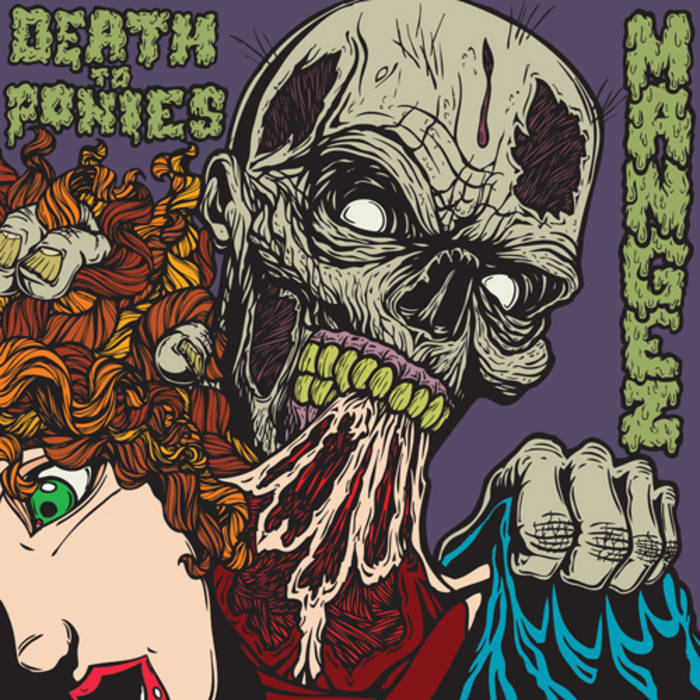 Death to Ponies thanks our families, friends, and everyone else along the way.

"Mangez is a city, but instead of having roads and rivers, the urban plan is just a closeup of a deranged man’s brain matter. This is a must-have for all Death and/or Pony enthusiasts."
- Zack Smith, Deadly Silence (shawtytakeadrank.tumblr.com)

"Like Swine Water, there's enough of a sense of structure as the piece moves between grooves that it still feels secure, with a sense of direction. Whilst Swine Water was a slower odyssey through dark territory, this is more of a whirlwind tour, but it's still one Hell of a journey."
- Pete Jackson, Shanghai247 (www.shanghai247.net)

Death to Ponies is a Shanghai-based collaboration between electronic gurus Acid Pony Club and bass-and-drums experimental rock duo Death to
Giants. As a quartet, the band has created smokey, psychedelic electronic and rock fusion at the apex of progressive dance,post-metal, prog, and noise. ... more

Bandcamp Daily  your guide to the world of Bandcamp